We evaluate the thermal behavior of the over-the-counter product employed the combination of thermograbimetry (TG), differential thermal analysis (DTA) and photo ionization mass spectrometer (PI-MS). The photo ionization mass spectrometer is available to detect and discriminate in real time the molecular state of decomposition gas which corresponded to mass change by heating, it is useful to analyze the thermal cracking process of drug and, it improves the analytical precision and measurement efficiency. 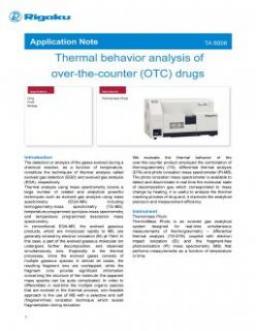 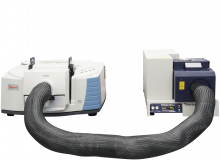