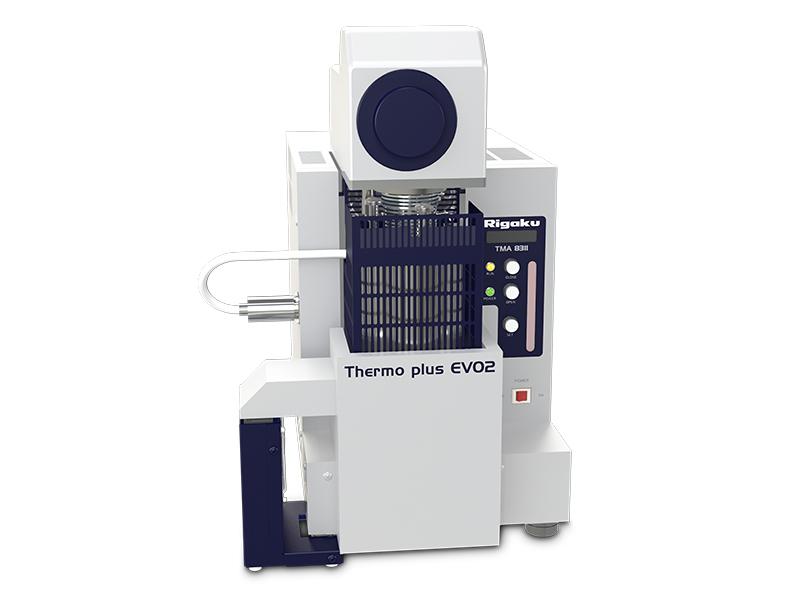 Measurement of a mechanical property change with respect to temperature

TMA is technique in which a non-oscillatory load is applied such as in compression, tension or bending, measuring the changes in the sample shape when the sample is heated or cooled. The TMA method includes measurement modes such as compression loading method, tensile loading method, penetration method and 3-point bending based on the sample shape and the objective of the measurement. TMA is widely used to measure the thermal expansion ratio and softening temperature of a sample.

Rigaku’s TMA adopts the differential expansion principle that cancels the thermal expansion or shrinkage generated from the detection mechanism itself. In addition to constant load, the load control can be set to two types: constant rate loading mode and sine-wave cyclic loading mode.

Sample controlled TMA (SCTMA), where the shrinkage rate controls the temperature, can be installed as an option that is effective for the simulation of sintering in ceramics, production of sintered materials with suppressed grain growth.