Measurement of a film sample

Measurement of a film sample

In polymer materials processed into the shape of fibers or films, the molecular axes align in the direction of stretching. Therefore, when these types of material are measured, diffraction lines due to crystal faces in specific orientations are observed to be large (preferred orientation). By using this characteristic, and measuring while varying the placement of the sample relative to the scan axis, it is possible to investigate the direction of the molecular axes with respect to the material. In this case, the transmission method is used together with the reflection method. Here, we measured a PET film, both unstretched and stretched by 5 times, by mounting a general-purpose sample holder to a benchtop X-ray diffractometer and using the reflection method and transmission method.

Fig. 1 shows the appearance of the general-purpose sample holder. In this measurement, the film was placed so that the MD (Machine Direction), or direction of stretching, is in the up-down direction. Fig. 2 shows the relationship between the PET molecular axis and the -105 plane. 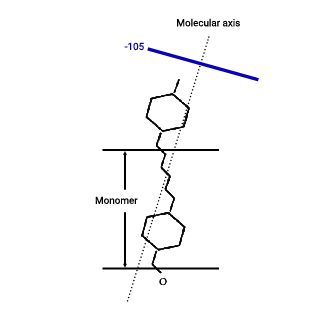 Figs. 3 and 4 show the data in the reflection and transmission arrangements for PET film measured with the general-purpose sample holder. A broad halo pattern deriving from amorphous material was obtained from unstretched film regardless of the reflection/transmission arrangement. From the film stretched by 5 times, on the other hand, a 100 plane peak was obtained with the reflection method, and a -105 plane peak with the transmission method. The -105 plane is a plane orthogonal to the PET molecular axis, and thus it can be confirmed that, in film stretched by 5 times, the molecular axes are oriented in the MD. 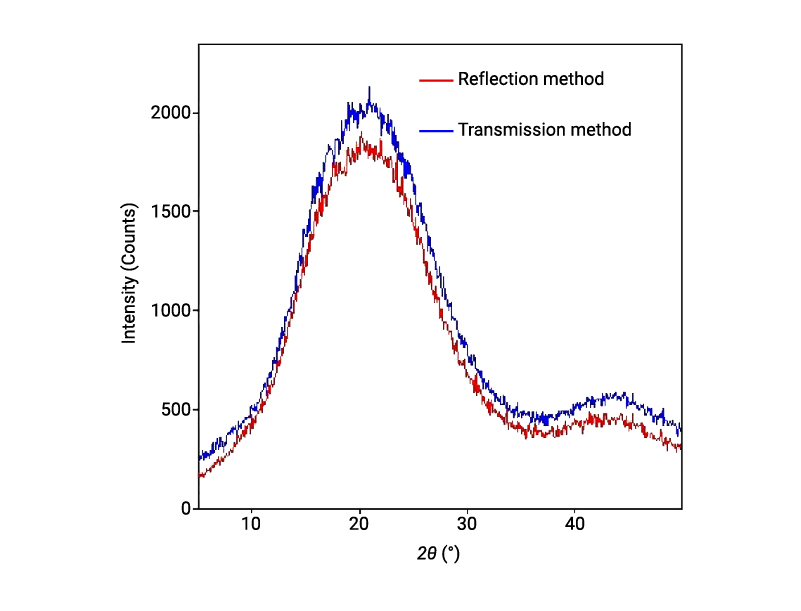 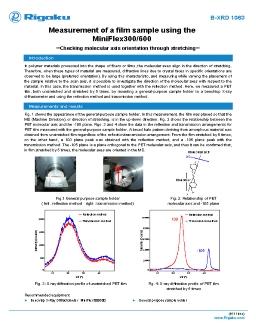 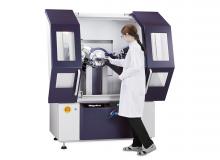 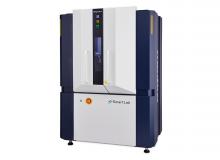 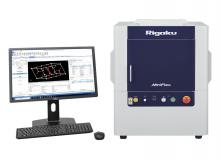 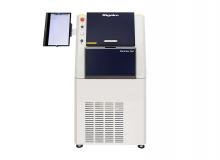 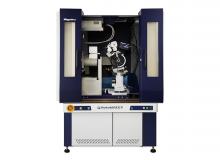 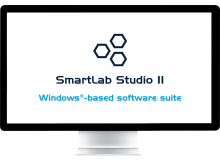 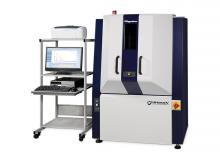 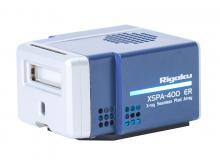 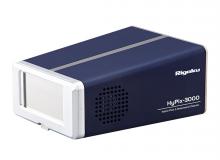