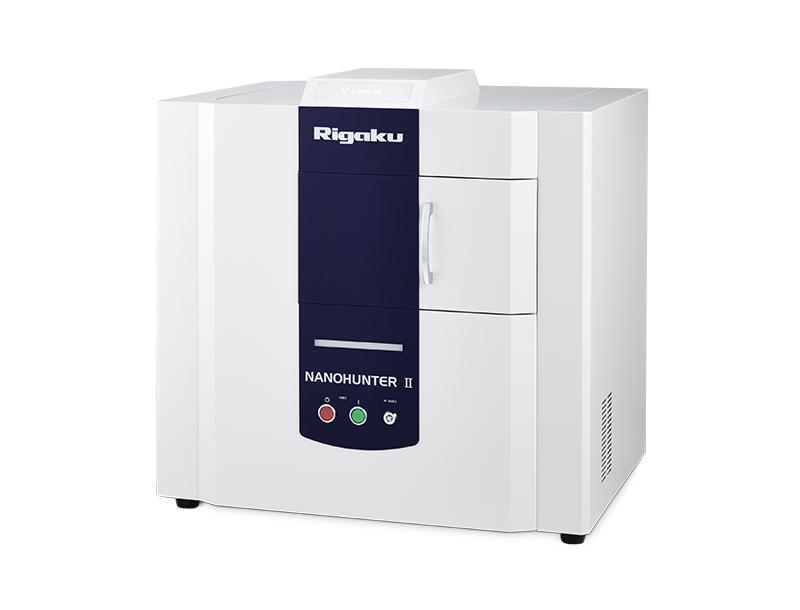 Due to increasingly stringent environmental regulations, there is now demand for a simpler method of conducting elemental analyses down to ppb levels for factory waste liquids and effluent streams. Using the NANOHUNTER™ II spectrometer, analysis down to the ppb level becomes possible, even with a very small sample size, merely by adding a drop of liquid to the sample carrier, drying it, and then performing the measurement. Quantitative analyses using internal standard substances can also be easily performed.

An incident X-ray beam impinges upon the sample at a shallow angle (below the critical angle for total reflection of X-rays for the substrate) resulting in virtually complete reflection of the excitation beam away from the silicon drift detector (SDD). This affords dramatically reduced background contributions in the measured energy dispersive X-ray fluorescence (EDXRF) spectra. By efficiently exciting the surface elements, while virtually eliminating the background noise, the TXRF technique affords extremely high signal-to-noise performance resulting in ultra-trace elemental measurement sensitivity.

In the area of analysis of solid surfaces, there is demand (primarily in the fields of thin films and thick films) for analyses that penetrate slightly deeper than the surface. For this kinds of analyses, a methodology called grazing incidence X-ray fluorescence (GI-XRF) is employed whereby the elements beneath the surface are excited by varying the incident angle of the X-ray source. Because the NANOHUNTER II TXRF spectrometer has variable angle of incidence, it is possible to perform depth profile surface analyses. The GI-XRF technique is applicable to nanoscale research.